Doing different things is actually a possibility – did you know that.

Did you know that you CAN go to the beach on a Wednesday?

Did you know that as an Engineer you can read fantasy books?

Did you know that as a Marketer you CAN read something other than marketing?

So this week has been a very different week for me.

BLITZ into the Week

And I’ve become a real fan!

Because it challenges me to be better, to be different.

I got my weekly dose of inspiration from these two guys!

To the point where I did do something different.

I recorded and posted the below video the very next day.

I was so afraid to do it because it’s sooooo not me!

And at the same time it just felt like fun doing it.

Some of you would have seen it on social media, others may have missed it.

But the whole point was just for me to do something different.

And it’s not like we don’t do things differently everyday.

But I think the point of the exercise was to be conscience of what you’re doing!

Be aware that you’re doing something different.

That same day I took a different route home.

My car probably thought I was going crazy!

But don’t get me wrong

doing things differently doesn’t in any way take away from you being you.

It’s impossible NOT to be YOU

So don’t stress out about that.

But you have to dare to be different.

Dare to be out of the norm

Dare to wear RED on a Monday.

Dare to NOT wear jeans on a Friday!

I know by now you’re probably asking yourself – Hilary, what’s the lesson in all of this.

Because if you’re not willing to do things differently once in a while,

You’ll probably never do anything differently.

Sometimes in network marketing you just have to do things a little different.

But it doesn’t hurt to carve out a new path for yourself that’s a little different to what your company is telling you.

So I DARE YOU

Go do something different today. 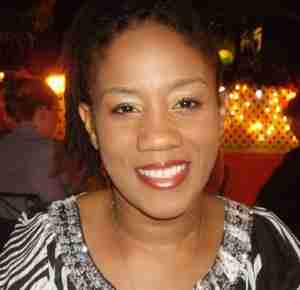 « Previous Post What the EMP 60 Day Challenge Did For Me Next Post » What Have You Learnt From Your Upline?