Hey folks so I’m back from No Excuses Summit.

As promised here’s a quick review. If you don’t know what I’m promising then watch this video before you go any further.

So as life would have it very often nothing goes to plan and this year at No excuses it was no different.

But that did NOT in any way take away from the event.

We had a few changes of speakers, speakers not being able to attend because of disasters.

We had people stepping up from Panelist to Advanced Trainers.

All in All the No Excuses Summit event this year was a blast.

I may have shared with you once or twice that in 2014 I attended No Excuses Summit 5 via Live Stream.

It was really cool because some of the people I was pestering during the event I was able to meet in person.

I’ve been on presentations and training webinars with leaders like Ray Higdon, Tyson Zahner, Michelle Pescosolido and it was great to shake hands with them and show appreciation for all they have done for this industry.

So here’s the run down.

No Excuses Summit this year – was a workshop prior to the event and then the two and half day event.

So I was there for five days total!

And Ferny (one of our hosts) actually kicked off the event with a run down of what the NEW online marketing model really looks like today.

He actually titled his presentation

There are a few differences but it really affects your campaigns. – how and what you can run traffic to.

Don’t know what I’m talking about when I say “traffic” and “campaign”, just leave me a comment or send me an email and we’ll get that straighten out.

Mr. Tyson Zahner was up next letting us know

How to build an automated online selling machine that “crushes” your competition.

And I mean crush. You see his theory is simple. Most people are lazy and they will not take the time or energy to set up a system that will make them money.

Most people rather join a company, system or whatever, DO NOTHING, then say it’s a scam.

Tyson’s selling machine is based on three principles that I share in this video.

But his main goal was to get into our heads that the relationship with our prospects is what matters, NOT the timing of the sale.

Everyone wants to get rich quick and that’s never going to happen unless you’re winning the lottery.

You can imagine how it tied so well into what Tyson was saying.

You have to build a relationship with your following was the theme of Tanya’s presentation.

She really gave us concrete tips on how to build this relationship.

To be honest everything was very simple but as business owners we tend to forget that we’re dealing with human beings.

A reference was made by another speaker about the culture and community that Apple has created.

Apple isn’t the best maker of any product that they sell, but people want Apple because of the culture and community that has been built around them. 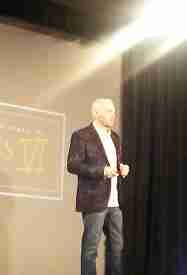 Bill brought us home to the fact that people don’t buy features.

And he walked us through the process of unraveling so to speak our products to get down to the benefit of the benefit.

Buying decisions are rarely made because of the features or advantages of a product.

That’s the logical side of things.

Buying decisions are justified by features and advantages.

But what really makes a person take out their credit card and buy is an emotion.

It’s a benefit and more so a benefit of that benefit.

Well we couldn’t have gone any deeper until the master or masters or should I say Mistress took the stage: 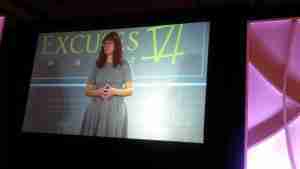 And what a powerful presentation she had to give.

You can’t really sum up into words what Lisa shared with us.

The nuggets were endless.

From knowing that you’re never going to be perfect, to understanding that you don’t need to be doing something for 10,000 hours before you’re good at it.

Her message again centered around building the community. But her message was a community of one!

If you don’t show up no one else can show up!

She challenged me personally even though she was talking to 500 plus attendees.

She challenged me to show up.

She gave me permission that first night of No Excuses Summit to be bold and to be daring and show up everyday for those leaders who will rise because of me.

See you at NES7 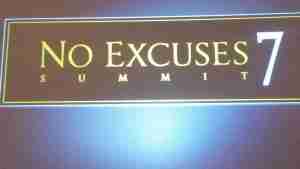 Stay tuned for more from No Excuses Summit 6.

Got questions? Don’t forget to comment or just shoot me an email.

3 Tips to Convert an Un-Supportive Spouse 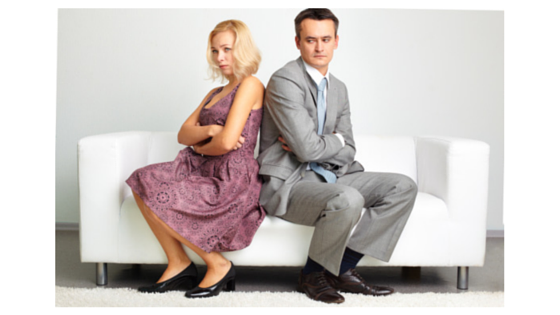 3 Tips to Convert an Un-Supportive Spouse 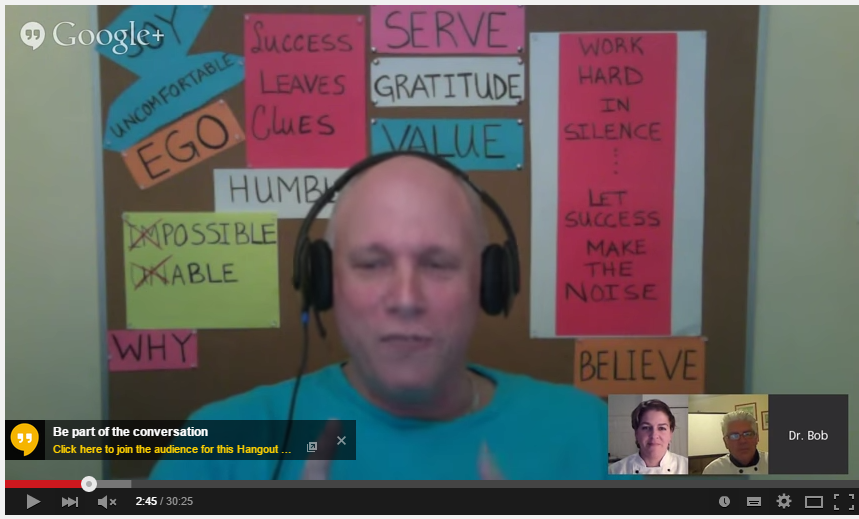 No Excuses Takeaway – Every Pro ……

No Excuses Takeaway – Every Pro ……