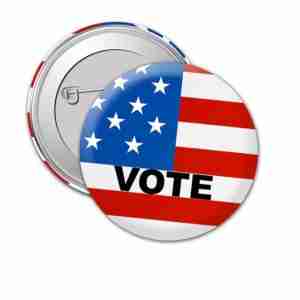 So today Americans will be going to vote for the next President of the United States of America! Donald Trump or Hillary Clinton…..

Many people are concerned. And I mean on both sides.

Watching it all from my little island here in Trinidad we’ve observed the “battle” unfold and now it’s coming to an end. (finally)

I was flipping between Fox News and CNN listening to the discussions, arguments etc and the issues that the media were saying really matter to the American people.

I’m sure there’s a group of people in the United States who are not even concerned about what’s happening here. Now when I say not concerned I don’t mean that they don’t care. But I thought to myself there are a group of people that these so called issues aren’t real issues to them.

They are in fact above and beyond those issues and thinking of greater things.

I thought to myself….

What type of person wouldn’t really “care” if taxes went up or down?

What type of person wouldn’t really “care” if college was government funded or not?

You probably know the answer right?

Of course you do.

Oh to be FREE

It’s a person who is financially free! The “rich” person.

Now I’m not saying that Rich people don’t think about elections and who is going to be at the head of their nation.

But there are issues that the rich don’t need to think about. Precisely because they are rich!

They have the financial freedom to do be able to pay for increased health care cost, increased taxes and college for their children.

So then we ask the question…

Well why doesn’t everyone just strive to be RICH and they wouldn’t have these issues?

Why don’t we have a system where people are striving FOR something, rather than AGAINST something?

Well some people I know will not agree with me.

Their argument will be that not everyone can be rich – we don’t have the resources.

And I may counter that with …. well that’s why you can’t be rich because you don’t have abundance thinking.

We already know that anyone who becomes rich does so because they THINK differently to those who don’t become rich.

But what do they DO?

Many people talk about how the rich think and how it is different to the way the “poor” think.

But even if you did think “rich” what do you do to become rich.

It’s the question that many people ask in their pursuit for richness and greatness.

The irony is that [Tweet “You can’t do what you don’t first think.”]

So if you have no desire to think like the rich then you’re not going to be able to become rich.

What Actions Do the Rich Take to Become Rich

But back to the actions!

It’s been said that Rich people do things in a Certain Way.

And they do these certain things over and over again.

To the point where you can get bored doing it. Which is probably why so few people ever become really rich.

If you have something everyday, over and over again and it’s not something that you are used to doing it can become tedious to say the least.

Then there are those who get rich by taking from others; or as we say, via competition.

Truly rich people are always in creation mode. They don’t see limited resources, they see themselves creating the resources they need to become rich.

So what other things do the Rich do? If you’re doing these things daily you’re on your way to true richness and then you won’t have to worry too much about who’s in the White House!

The Rich Wake up Early 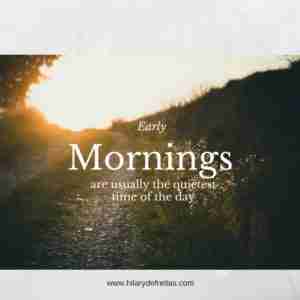 There’s something about the early hours of the morning that make a difference in the way you’re able to handle your day.

It’s the most productive part of my day for sure. The children are still asleep, the entire world is asleep.

It is quiet and the best part of it is you’reable to watch a sunrise having completed the same amount of work that most people accomplish in an day!

They Invest in their Education and Development

88% of wealthy read 30 minutes or more each day for education or career reasons vs. 2% of poor.

Education isn’t just about getting a degree and calling it quits! Yay! You’ve arrived at your “educational” goal.

If you want to be rich then you need to recognize that you’re never finished with your education.

Investing in your business, in your career and in your personal development is a lifelong pursuit for all rich people.

So what are you going to be learning today? 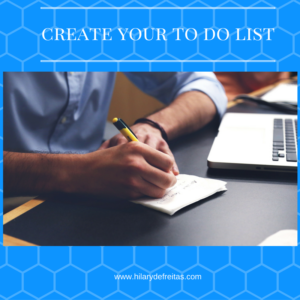 [Tweet “The day should never end without you knowing what you’re going to do tomorrow.”]

Rich people create to-do lists. It’s like brushing their teeth before they go to bed.

They write these lists everyday, even if they have to repeat something on the list three times for the week.

By writing your tasks down you’re actually putting focus on that task.

They Set Goals and Achieve Them

Rich people are always going after something big.

And that’s what your goal is. It should realistically be bigger than yourself.

Recently on Elite Marketing Pro’s Monday Night Mojo we had one of our Ignition Coachestalk about Goal Setting.

It was truly a great one to watch.

Goals need to be tied to a vision. Which is why every year now I create a vision board.

They Block time to be Creative

Creativity is the only way you can truly become rich. If the Apple Computer was not invented then there would have no wealth for Steve Jobs.

If the telephone wasn’t invented AT&T would not exist today.

If Bill Gates had not spent hours in his mother’s garage where would the software industry be today?

If you are struggling to become rich it’s probably because you’re spending a lot of time copying rather than creating.

This is what we mean when we talk about abundance. We talk about creating a bigger pie, not fighting for your slice.

Think about the creation of this world – it took time!

For you to become rich you must carve time out of your day to be creative – just like the rich! 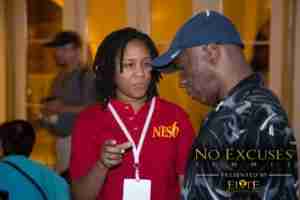 The rich don’t become rich by sitting in their office and working really hard.

And as my mother likes to say, “No man is an island”. We belong to a community, a church, a school, a club, a family. Network.

You’re not a “member” of all these societies just so that it looks good on your resume. You “BELONG” to groups so that you can interact with other people. These people will eventually help you along the way and you help them in turn.

I scratch your back  you scratch mine isn’t so far from off on your path to riches. And if you have a problem with it then you’re going to realize quickly that you’re not going to get rich very soon.

Physical health is just as important as mental health. Your body can not work properly if it is sick.

Daily exercise is something that you can always work into your routine.

If you’re used to driving two block to the store – try walking.

You don’t need a gym membership to get daily exercise in! All you need is a changed mindset of what exercise entails.

They spend time in Reflection 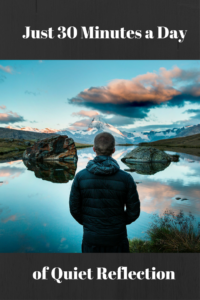 Whether you call it morning prayer, meditation or reflection – all rich people spend time thinking. Not creating, but thinking, meditating and visioning.

For many people they don’t see the connection between their religion and their business life. That’s because they separate the two.

My morning mental prayer is a discussion with God about my business, my family, my life.

Yes you can argue that healthy food is expensive. Maybe in some parts of the world. But it’s more expensive for me to eat a #6 from Wendy’s than baked chicken from my oven! Just saying 🙂

You may wonder why you need to say no!

But imagine if you said “yes” to everything would you have time for any of the above?

Where are you going to be in four years?

Will you be on the road to being Rich or will you still be concerned with who’s in the White House.